Flying: the eternal envy and frustration that man carries in his heart every time he sees a bird in the sky. We learned to do a million things, but to fly … Flying life did not let us to do. Perhaps because we know that we, humans, had learned to belong too much to the places and to the people. And, in this case, being able to fly would cause us some crises hard to bear, between the temptation to go and the need to stay. 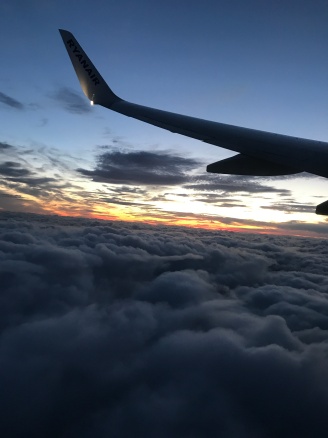 Very well. Then the man went there and created the wheel. The “Kombi”. The scooter. A Harley. The Boeing 737. And we found out that even without wings, we could fly. But the biggest complication was when we realized that we could go undated to go back.

Life away from “home”: an eternal “From Here To There”!

The life of those who “invents” to fly is paradoxical, every day. It is the heart eternally divided. It’s crying because I wanted to be there, without lefting the wanting to be here. It´s to see the sky and the hell in the departure, the nightmare and the dream in the stay. It is to be proud of the choice that offered you a thousand treasures and hates yourself because of the same choice that took you another thousand jewels.

And we began to live a classic script: lying in bed, thinking about the old-eternal home miles away, thinking about the people you love, what they are doing without you, the laughter you did not laugh, the difficult situations that you were not there to help. It is to try, unsuccessfully, to keep singing a song knowing that you are solely responsible for your own choice. The next day, when you wake up, everything is fine, the life chosen makes sense again. But you know that other nights will come.

But… do we learn? Getting sick without a lap, a smell of a food with our eyes, turning empty apartments into our house, turning colleagues into friends, endurance pains, homesick into normal things?

Do we learn? Being son from afar, to love through Skype, seeing children borning and growing up by video, pretending that the bar table can be replaced by whatsapp group, being friend through characters and not hugs, a loud laugh with HAHAHAHA, a swallowing the tears and moving forward?

Is life always going to be this way, wherever we are? Would we be here wondering if we should be there, and vice versa? Would it be test, would it be choice, would it be courage or would it be karma? Would we ever know if we are in the right place? Is there, anyway, any place to live this life that is a whirlwind of uncertainties which people insist on pretending to control?

Find your way: the price is high!

I know it’s not easy. And I admire those who have faced and face this, every day.

Who left Vitória da Conquista, São José do Rio Preto, Floripa, Juiz de Fora, Recife, Sorocaba, Cuiabá or Paris to build a life in São Paulo. Who left Sao Paulo to go to Rio, to Brasilia, to Dublin, to New York, to Aix-en-provence, to Brisbane, to Lisbon. Who left Bolivia, Colombia or Haiti to try to live in Brazil. Who traded Portugal for Italy, Italy for France, France for the Emirates. Who left Senegal or Morocco to try to be happy in France. Who left Angola or Mozambique to live in Portugal. For those who tries, for those who faces, for those who goes.

The price is high. We ask ourselves, we blame ourselves, we get distressed. But fate, life, and bosom sometimes ask us to board. Some will not. But we, who had been coming and going, are not free from fear and from so many weaknesses. But we are forever free from the fear of never having tried. 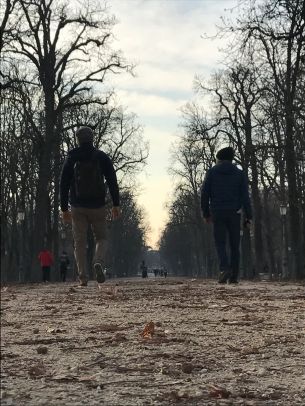